Creating healthy meals for the family without sacrificing the quality of food is my goal. One of our favorite staples is a very versatile potato. We use it to prepare Caldereta and our all-time favorite Chicken Curry. Here are some facts about the potato that I did not know until now: 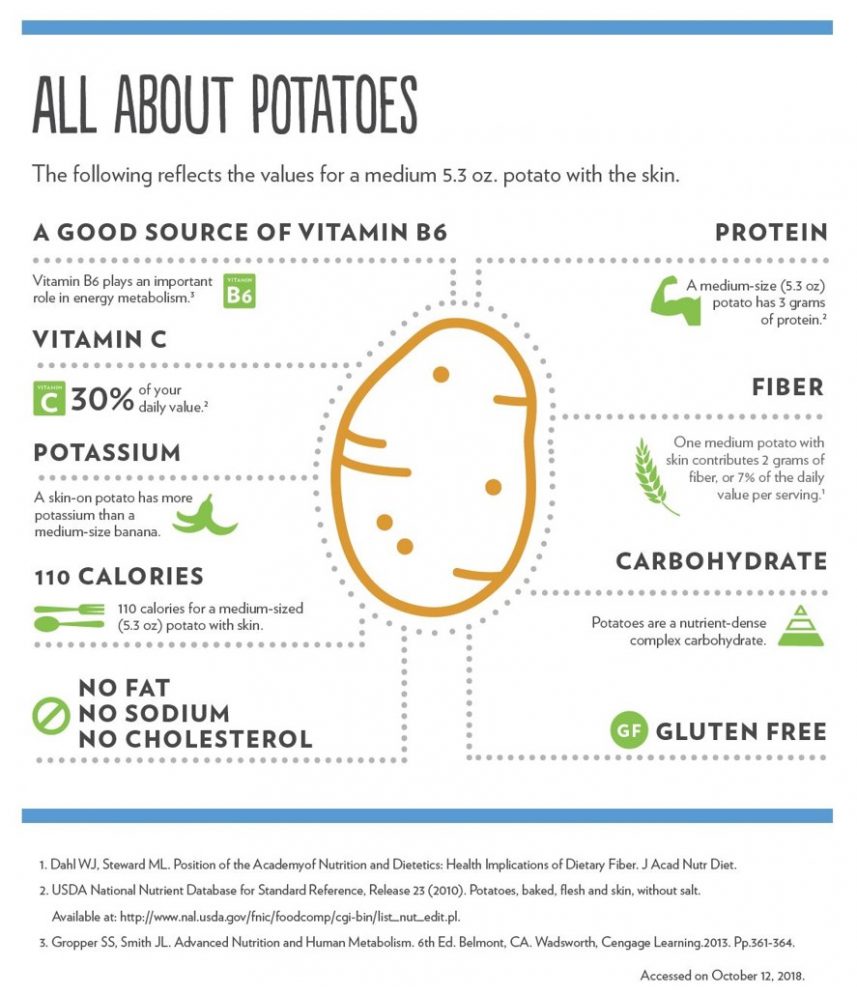 A couple of weeks ago, Potatoes USA hosted consumers, entrepreneurs, and mommy bloggers to a cooking demo at The Suite Room in Ayala Mall here in Cebu.

Ms. Reji Retugal-Onal, the country representative of Potatoes USA gave an overview of U.S. Potatoes as well as shared the many nutritional benefits of potatoes and potato dishes.

The highlight of the event was the cooking demo of Chef Paul Sidney Uy together with Chef Karl John Noel. They prepared three dishes using U.S. potato as the main ingredient. 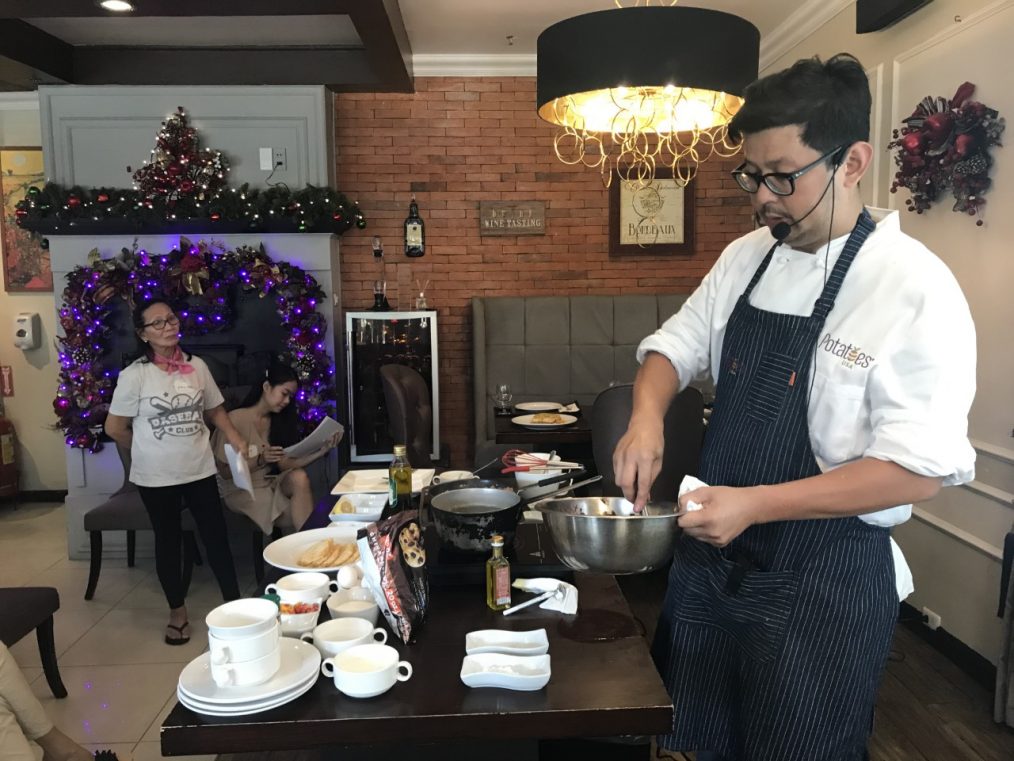 Below are the recipes prepared by Chef Sidney and Chef Karl: 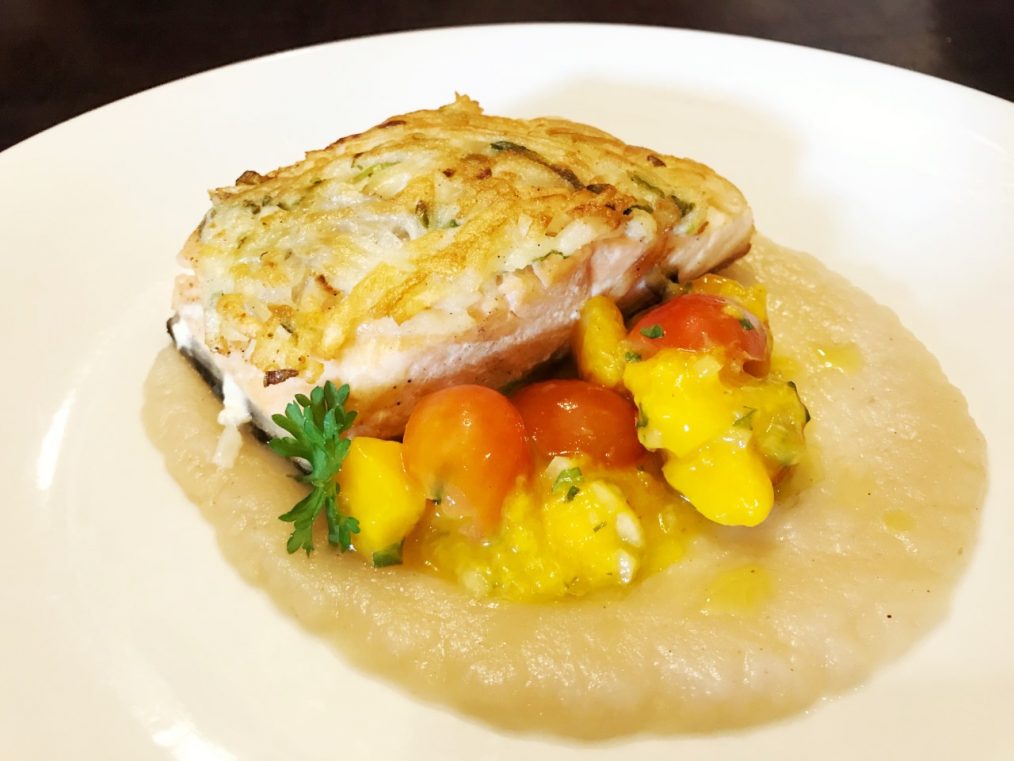 For the Potato Crusted Salmon:

Salt and Pepper to taste

Truffle Oil 1 tsp. or according to taste

For the Fruit Salsa:

Salt and Pepper to taste 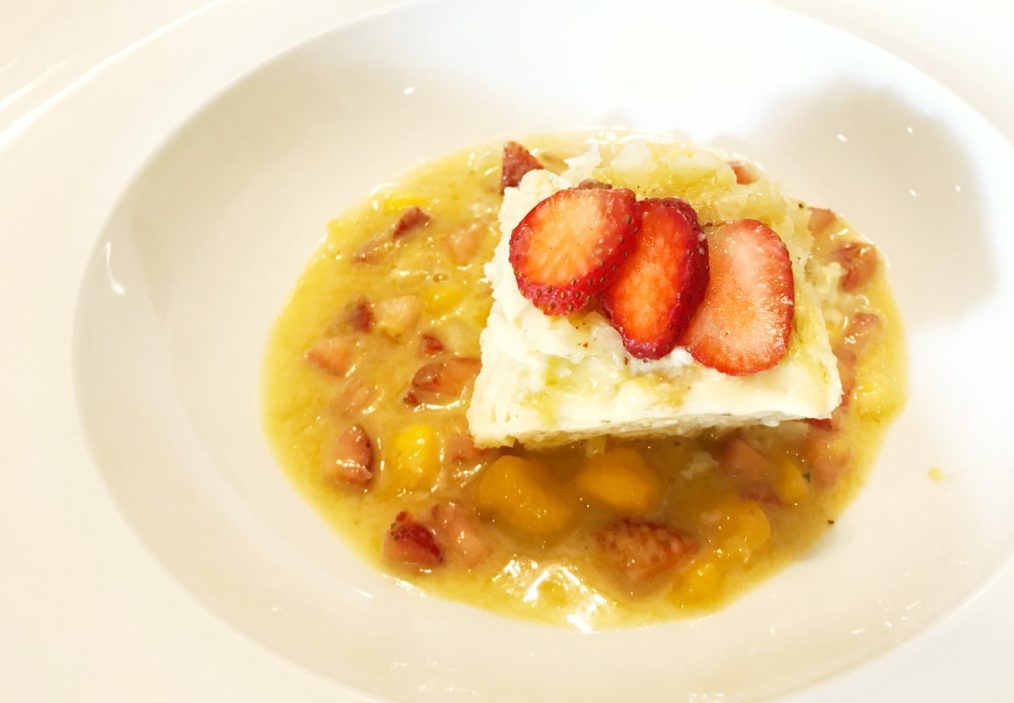 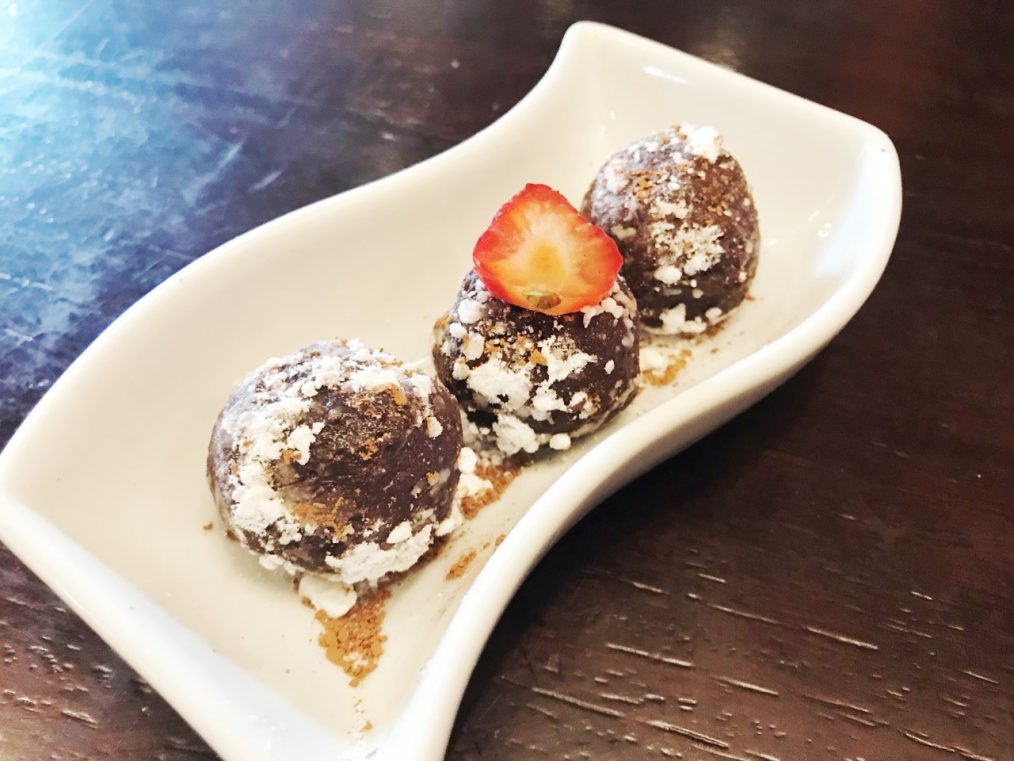 Getting to know U.S. dehy

This is the first time I came across U.S. dehydrated potatoes. I must admit, I usually just cook fresh potatoes, but dehy is quite a remarkable ingredient! I learned that U.S. dehy are made from potatoes grown and harvested in the U.S. and processed under stringent standards of the U.S. Department of Agriculture (USDA) to retain consistency, quality and ensure food safety. Typically, they are made from creamy white-fleshed Russet potatoes. U.S. dehy offers savings in time, money and storage. For one, there is no need to wash, peel and boil them. Instead of a bulky sack, your kitchen space will be taken up by just a box. You can pull the product out and use the desired amount easily. It also has a long shelf life, so you can stock it for up to two years.

I’m excited to start using dehy in my kitchen. If you can’t find dehy in supermarkets, try baking supply stores.

U.S. potatoes (frozen, fresh and dehydrated) are available in supermarkets and groceries nationwide. For more information on U.S. potatoes, visit the Potato Goodness and Potatoes USA websites or like and follow Potatoes USA-Philippines on Facebook.

Nanay Kikay Media is a participant in the Amazon Services LLC Associates Program, an affiliate advertising program designed to provide a means for sites to earn advertising fees by advertising and linking to Amazon.com.